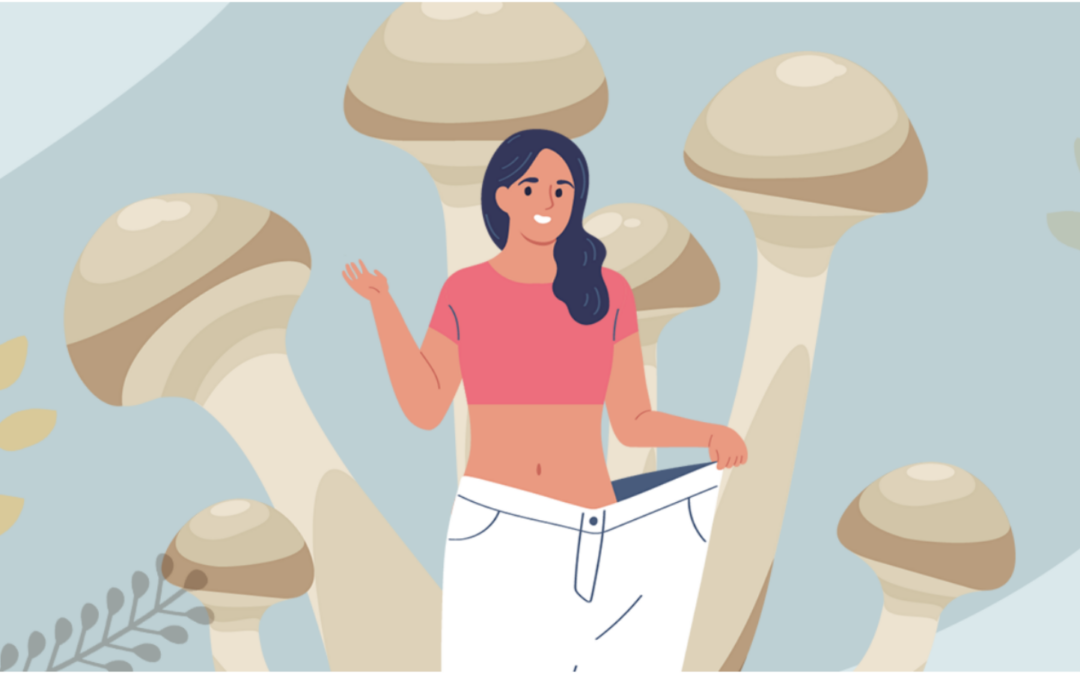 When combined with therapy, psilocybin, the hallucinogenic element found in magic mushrooms, has traditionally been thought to be useful in the treatment of mental illnesses. Most prominently, entheogens are widely used as antidepressant drugs. However, study into the element’s ability to heal does not halt there; there is additional research into whether the drug can remedy PTSD, Alcohol Use Disorder, Generalized Anxiety Disorder, and other disorders.

A new battleground in the psychedelic fight against mental health concerns has emerged: eating disorders and obesity.

Importantly, NeonMind discovered that psilocybin, specifically the company’s version of psilocybin, could target visceral fat. This is significant since “more visceral fat is associated with poorer cardiometabolic health, and reduction in this type of fat is vital in weight loss and better overall health outcomes.” This is as per NeonMind.

In their most recent investigation on overweight animals, NeonMind revealed a slew of new findings:

When compared with the control group, there was a measurable difference in both absolute and relative weight gain; efficacy was evident within days of administration; food consumption was minimized, and there were no negative safety indications.

This meant that psilocybin is seen in animal studies to be a secure and effective medication for weight loss. We will have to wait until all of the data is presented before we can make conclusions. A paper “has been submitted to a famous industry peer-reviewed journal” and is now being reviewed for publication, as per NeonMind.

Animal testing is the first step. Human trials must be designed as a result of optimistic results. According to NeonMind, the results of this research will aid in the advancement of two versions of psilocybin, NEO-001, and NEO-002. At some point, one or both of these medications should enter Phase 1 clinical trials.

Other organizations and research institutions are also experimenting with using psilocybin or other psychedelics to treat eating disorders. Compass Pathways (Nasdaq: CMPS), for instance, is pursuing a Phase 2 trial to treat Anorexia Nervosa using their patented Comp-360 psilocybin.

Likewise, Tryp Therapeutics (CSE: TRYP) (OTCQB: TRYPF) has begun recruiting for their Phase 2 trial, which specializes in treating Binge Eating Disorder with TRP-8802, a type of psilocybin. “The fundamental purpose of this clinical trial is to confirm that the neuroplasticity qualities of psilocybin can assist develop healthy neural connections that address the problematic eating patterns of individuals with binge eating disorders,” as explained by Jim Gilligan, their interim CEO.

And, as highlighted last week by Psychedelic Spotlight, the non-profit MAPS is attempting to use MDMA to treat a variety of eating problems. The institution has conducted research on the reduction of eating problem symptoms in PTSD patients treated with MDMA therapy. While the study’s findings were encouraging, they were far from definitive. This year, MAPS plans to launch an open-label Phase 2 study to treat eating disorders with MDMA-assisted therapy.

Given the critical need for an eating disorder therapy, these trials should yield favorable results. Eating disorders are the second-deadliest mental illness, following only opioid addiction. The issue is significant, with 9 percent of Americans expecting to encounter one at some time in their life. Sadly, 26% of Americans with eating disorders attempt suicide each year, with 10,200 prevailing. This equates to one death every 52 minutes.

If psilocybin and other psychedelics can be utilized as efficient medicines to treat various psychological conditions, millions of people throughout the world may have hope.