All You Need to Know About Lion’s Mane Mushrooms 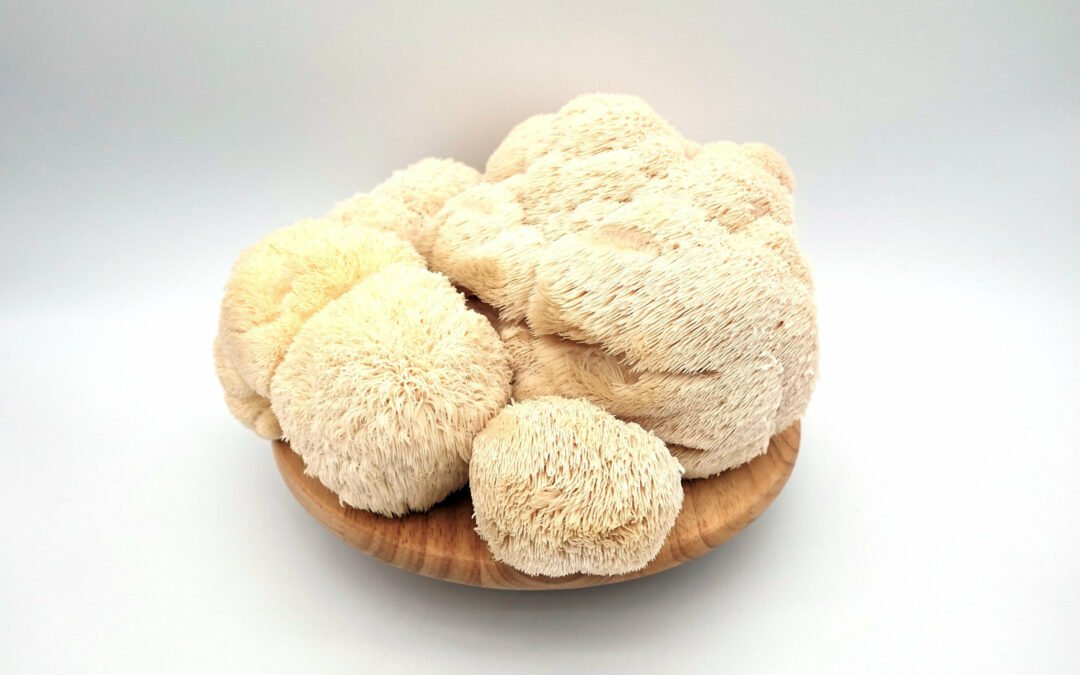 Today we unpack “All you need to know about lion’s mane mushrooms.”

Recent years have seen a rise in the research regarding mushrooms. Although most of the interest has revolved around psychedelic mushrooms, there is no doubt that other species of this fungi are also just as interesting. One of these is the lion’s mane mushrooms.

The lion’s mane mushroom has started gaining more traction in recent years, and there are several good reasons for that, including its unique experience. In addition to that, it possesses remarkable nutritional features, a vast amount of potential for medical use, and intriguing history.

This fuzzy mushroom is a member of the tooth fungus group, recognized for having fruiting bodies that resemble teeth or spines. In the forests found throughout the Northern Hemisphere, the Lion’s Mane fungus thrives on hardwood trees, with a preference for the American beech in particular. This highly appreciated mushroom has grown extremely trendy in recent years, mainly due to its incredible medicinal properties. It’s more than just a trend, though – the lion’s mane mushroom has deep historical origins and has been respected for generations as a therapeutic ingredient.

Lion’s Mane, which was formerly known as the “Mountain Priest,” has been a part of Asian culture and traditional Chinese medicine for a very long time, even before the Western World began to pay attention to it. Throughout history, only members of royalty were permitted to consume it, and Buddhist monks revered it for the mental benefits it provided, which is only proof of its special status.

It is not difficult to identify this fungus due to its distinctively long and white fangs. It has a propensity to form a single clump of spines that hang down. Even though they appear to be different species, all of these foods come from the same genus and are perfectly fine to consume. For novice mushroom hunters, the Lion’s Mane is an excellent choice to look out for because it cannot be easily confused with any poisonous species.

These mushrooms bear fruit at the end of summer and the beginning of October in the wild across the continents of Europe and North America. When the mushroom is young, the spines are a brilliant white color, but as it ages, its color changes to a yellowish-brown and then a dark brown.

Why are they so widely used?

For many years, Traditional Chinese Medicine practitioners have considered Lion’s Mane to be an effective general tonic. Traditional Chinese medicine benefits the health of all five of the body’s internal organs: the liver, spleen, lung, heart, and kidneys. For centuries, this fungus was used to treat various health conditions, including cancer. Furthermore, monks even used it to improve their mental focus and make meditation much more beneficial for their minds. Over the years, people have realized that one can cultivate this fungus. After years and years of practice, you can now find these mushrooms in indoor gardens as well, and they are used for various purposes.

Protein and vitamin D content are both abundant in hericium. Unlike other herbs and vegetables, mushrooms are the only source of vitamin D that one can obtain from produce. In addition, it has a good quantity of potassium and iron to further boost vitamin D. This is particularly useful for people who struggle with vitamin D deficiencies.

They are used for medicinal purposes.

In recent years, researchers have finally begun to pay more attention to Lion’s Mane, and it has already established itself as a leading player in research on brain health and immunological support. It is loaded with antioxidants and antibacterial substances, both of which have the potential to alleviate digestive disorders and encourage healthy cell growth. In addition, the lion’s mane mushroom has a long history of usage in traditional medicine, including for the treatment of infections, and diabetes by lowering blood sugar and wound healing. Studies have shown that polysaccharides, specifically beta-glucan, have an anticancer effect and strengthen the immune system.

They aid with mental clarity.

Perhaps the most well-known application of Lion’s Mane is as a nootropic, which simply means that it enhances the brain’s operating power. Research is being conducted to determine whether or not it could be used to treat Alzheimer’s disease and other conditions that impair cognitive function and the nervous system. The lion’s mane mushroom is also responsible for producing two distinct families of chemicals, erinacines, and hericenones. These chemicals are necessary to assist in the processes of learning and memory.

Hericium has the incredible capacity to cross the blood-brain barrier, where it promotes the expansion of cells that protect neurons and neurons themselves. This indicates that it has the potential to boost general mental performance. It is widely believed that the well-known medicinal mushroom can assist with attention and focus. There is some evidence that it can also boost memory – this is exactly why the ancient monks used it so regularly. This powerful cognitive enhancer has also been shown to be beneficial for one’s mood and mental health. It is an excellent stress-supporting ally for many people who consistently consume it.

How to cook lion’s mane mushrooms

Because Lion’s Mane is highly absorbent, you should not wash them or soak them in the water while you are preparing them. Instead, use a dry brush to clean them, carefully brushing away any dirt or debris that may be present. If your mushrooms are wet, it is recommended to squeeze as much water out of them as you can and then lay them out on a towel to dry before using them in your recipe.

When using them in food preparation, keep things as straightforward as possible due to the singular flavor they provide. Pieces of the mushroom that are suitable for nibbling can be torn off with relative ease using the hand. First, dry sauté the mushrooms, allowing them to completely release their liquid before adding the fat of your choice along with any seasonings. Adding some fresh minced garlic and a touch of sea salt is another recommendation from frequent users.

Have any questions regarding the topic “All you need to know about lion’s mane mushrooms,” feel free to comment below.

Microdosing psilocybin for mood
Ayahuasca for PTSD
How Psyilocibin Effects the Brain
Benefits of lion’s mane
Is psilocybin legal in the US?